Oakland County is one of the most popular areas to live in Southeast Michigan due to its excellent school districts, community amenities and the availability of solid employment opportunities. The real estate market in Oakland County has been strong now for several decades, seeing homes progressively increase in value.

For those interested in making a move to the area, or looking to sell their Oakland County home there has never been a better time than now. Interest rates are at historic lows for buyers and the market is extremely competitive, with sellers consistently selling their homes at or above their list price.

Search for homes for sale in Oakland County below or contact one of our Michigan Realtors to help you find your ideal home for the best price.

Boasting the second largest population in the state with 1.2 million people, Oakland County covers an area of 907 square miles and has 62 cities, townships and villages. The City of Pontiac serves as the county seat and is one of the more populous cities in the county. Owing to its excellent employment opportunities, Oakland County has a median household income of $86,567, making it the 21st wealthiest county in the United States.

Oakland County is also part of the Detroit Tri-County area, which consists of the three counties of Wayne, Macomb and Oakland. The Tri-County Area covers 1,967.1 square miles and has a population of just over 3.8 million people.

Oakland County is considered to be one of the safest counties in the southeast Michigan area, making it one of the most desirable places to live and raise a family in the Detroit Metropolitan Area. In fact, the county consistently receives an A grade for crime ratings from multiple rating sources, with a crime rate of 20.48 per 1000 residents per year. When compared with the average crime rate of 33.84 per 1000 residents for the metro area, this is quite significant.

The Oakland County Sheriff’s Dept. is heavily involved in neighborhood policing and plays an active role in the community, ensuring a positive atmosphere for all residents. Neighborhood watch programs are encouraged and local communities within the county take crime prevention seriously.

When searching for an area to live, knowing about crime statistics as well as the overall safety within the community is important, particularly if you have a family with children. In addition to crime rates, roadway safety is another aspect of this. For example, if an area has a large number of DUI arrests, you may want to be careful when driving on the roads especially during weekend evening hours.

Oakland County is nationally known to have some of the most strict laws when it comes to drunk driving. To put this in perspective, here’s a bar graph taken from a Royal Oak law firm website that charts DUI statistics and arrests within Oakland County.

In other words, law enforcement within Oakland County is very proactive and does a great job in protecting the roads. With that said, you’ll still want to exercise caution when driving during weekend and holiday evenings. This is especially true in areas such as the City of Royal Oak and the highways connecting other Oakland County communities. 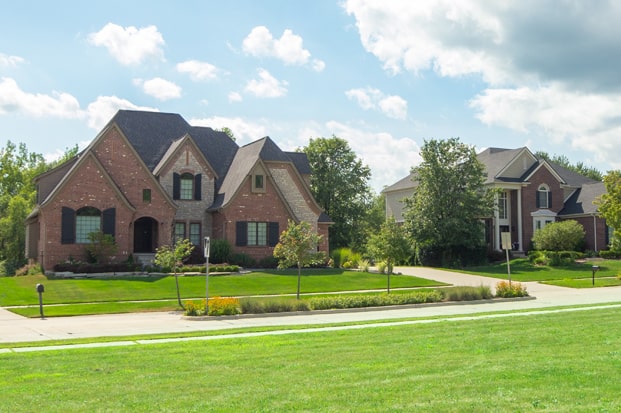 There are numerous cities and municipalities in Oakland County that have seen a surge in popularity over the past several years. One of these is the City of Novi, which is located on the south side of the county and has a population of just over 55,000 residents. Novi has seen steady growth over the past several decades and is one of the most desirable communities in the entire Metro-Detroit Area. It also has some of the top schools in the country, and offers a wide variety of shopping, parks and restaurants. Novi’s largest attraction is Twelve Oaks Mall, the largest indoor shopping mall in Michigan.

Another top area of Oakland County is Troy, which is located on the southeast corner of the county. Troy is the most populous city in Oakland County with just under 81,000 residents. Troy is generally ranked as the safest city in Michigan and one of the top 20 safest cities in the country. It also is considered one of the most affordable in the U.S. with a median household income of $79,000. Troy is a business and shopping destination in the Tri-County area and is home to the nationally renowned Somerset Collection mall.

One of the largest cities in Oakland County that is experiencing record growth and popularity is Farmington Hills. Covering 33.31 square miles with a population of just under 80,000 residents, the city is second only to Troy in population and land area. Like many cities in Oakland County, Farmington Hills is one of the safest and most prosperous cities in Michigan with a strong emphasis on public safety and excellent schools. It is an obvious choice for families looking for a central location in the Tri-County area and is affordable with a median household income of $93,274.