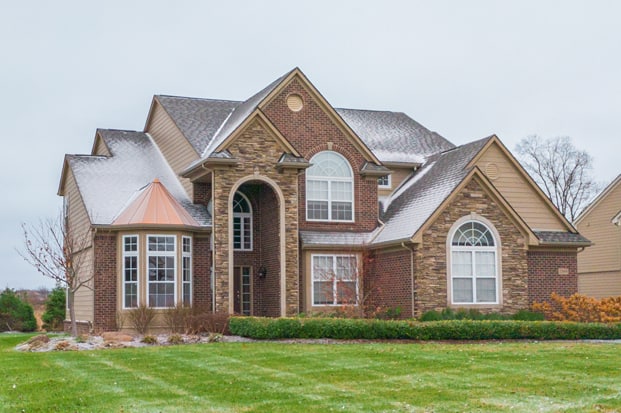 With over three decades of successful experience helping people purchase and sell their South Lyon homes, the realtors at The Patti Mullen Group have the skills and expertise needed to ensure the smoothest and most beneficial transactions for their clients. Below is detailed information regarding real estate in South Lyon, including buying and selling homes in this area as well as details on the community, school system, and more.

If you are considering purchasing or selling a home in South Lyon, contact us to speak with one of our expert realtors or read more about the area below.

Megan is a hard working, caring and professional! We moved out of state and had to sell during the slowest time of the year. She went above and beyond her call of duty for us and was available anytime we needed her. I so appreciated her optimism and knowledge for negotiating. We were able to trust her with our past so we could focus on our future.

Tracy is extremely knowledgeable, easy to deal with and is always available. She’s not afraid to tell you up front what the market will tell you later if you don’t follow her advice (which I learned). She’s also very professional with outside realtors, a good listener and highly experienced. I’ve used her twice with strong success and will undoubtedly use her in the future. I would highly recommend.

South Lyon is ideal for those looking for a small town atmosphere and breathing room while still having big city conveniences. Commuting, shopping, recreation and more are only a short trip away thanks to the community’s location directly off I-96 and US-23, two major highways in the southeast Michigan and Metro-Detroit area. The area offers something for everyone, with residents and their families enjoying a lively downtown featuring annual festivals, hundreds of acres of parkland, and highly rated schools.

Whether you’re looking for a home close to the historic downtown area, or a house in a quiet suburban atmosphere, South Lyon real estate provides an option for everyone. Contact The Patti Mullen Group and let our experienced realtors find you the perfect fit!

For those looking to sell their South Lyon home, there are many home selling considerations that must be taken into account. The first and most obvious consideration is where to set the listing price at. It’s important that this price is low enough to attract buyers yet high enough to provide the seller a solid value for the home. In South Lyon, the current median home sale price little over $325,000 with a relatively flat projected pricing forecast.

Other considerations include things such as marketing, legal considerations, updates to tax codes, real estate laws, etc. Most individuals looking to sell their home are not fully aware or up to date on this information, which can cause them to miss out on opportunities to maximize the value of their home. However, working with an experienced realtor who is an expert in not only these issues but the details of the area will help maximize the value of a home and is a hugely beneficial partner to have in the real estate sales process.

If you’re looking to sell a home in South Lyon, our experts can help you maximize your homes value and streamline the sales process. Our reputation as top Realtors in the area is a result of years of successfully working with our clients to maximize their real estate sales results. The Patti Mullen Group is connected with and understands the South Lyon community, giving the personalized and detailed service few other Realtors can provide.

When shopping for a home, school districts are often one of the top factors in a purchase decision. This is particularly true for families with young children or couples looking to start a family. Solid school districts also play a large role in resale value of homes, so even for those without children it should still be considered an important factor.

South Lyon Community School District is rated in the top percentile of the state, making it an excellent choice for those who place a priority on education. The district features an early childhood center, seven elementary schools, two middle schools, and two high schools. All schools use the South Lyon Schools core curriculum as a guide. Special programming, including the Magnet and Plus Programs are also available.

Below is a list of schools in South Lyon, with detailed information on each for those who are interested in learning more about what each school in the district has to offer:

Located in the southwest corner of Oakland County, the city of South Lyon was originally known as Thompson’s Corner, an agricultural center that was incorporated as a city in 1873. While the city itself is only 3.5 square miles in size, the greater South Lyon area has grown into a manufacturing hub with 70 acres of light industrial properties. South Lyon is ideal for those looking for small town living with big city conveniences, as it’s located within easy access of Interstate 96 and US 23. 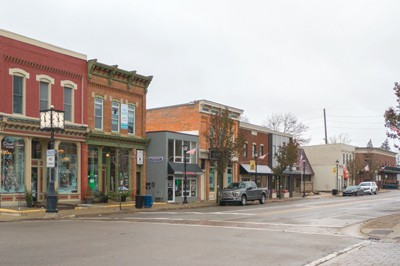 Downtown South Lyon features twelve walkable blocks featuring over 100 stores, restaurants and services. Many of these stores and restaurants are multi-generational which adds to the small town atmosphere. In addition to this, the downtown area comes alive with regular events including the South Lyon Farmers Market, Pumpkinfest, Cool Yule, Concerts in the Park, Blues Brews & Brats, Lake Street Cruise-In, and more.

If you’d like to read more about this local community, here are several links to provide additional information on the City of South Lyon and South Lyon Township.