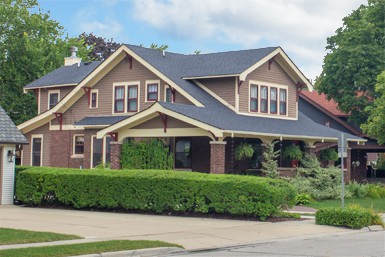 Wayne County is the oldest county in Michigan, dating back to its founding in 1796. It has a population of just over 1.8 million residents located in thirty four cities, nine townships and five unincorporated communities, making it the most populous county in the state. It also is the central part of the Metro-Detroit Tri-County area, that comprises Oakland, Macomb and Wayne counties. Detroit is the county seat and the geographically largest and most populous city in the county with covering 142 square miles and home to over 700,000 residents.

Spanning an area of 673 square miles, the county is bordered by neighboring Oakland, Macomb, Washtenaw and Monroe counties. The county also has a large water border, comprising the Detroit River and Lake St. Clair to the east. Also unique is the Island of Grosse IIe, located in the middle of the Detroit River, which is the largest island in the county and the most populated island in the State of Michigan.

As the industrial and business center of Michigan, Wayne County is one of the hottest and most popular real estate markets in the state. There are many benefits to living in Wayne County, from a wide range of employment opportunities to the large variety of cities and neighborhoods to call home. Being centrally located in the Detroit Metropolitan Area, there are abundant opportunities for outdoor recreation, dining and entertainment all within a short distance.

One of the most popular communities in recent years has been Plymouth, which has seen steady growth over the past decade with a median home price of $395K. Plymouth shares a school district with their neighboring city of Canton, and is part of what is known as the Plymouth-Canton Area. This area on the west side of the county has become the number one place for families moving into the county due to its top-quality schools and focus on community safety.

Another popular city in the county for new residents has been Livonia, located on the county’s western side. Boasting a solid school district and robust community safety, it is probably the most popular choice in the county for families looking for a safe and affordable place to raise their children. The median home price in Livonia is around $230K, which makes it easily accessible for families of all income levels. Competition for real estate in Livonia is strong, with homes often selling for above their asking price within days of their listing.

Northville is located on the far northwest corner of the county, and is one of the most desirable and prosperous cities in not just the county but the metropolitan area as a whole. Northville’s school district is second-to-none in the state, and its downtown district both beautiful and relatively large considering its small-town feel. The average home value is $450K, which continues to rise by 1-4% annually. For those looking for the best Wayne County has to offer, look no further than Northville.